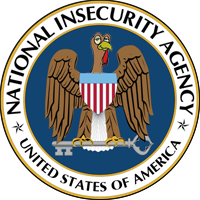 You were just hired as an intelligence analyst for the NSA. Your direct superior had to leave for an emergency undercover operation in ████████████ and you are now taking his place. The case officer has presented you with with 12 questions that need to be answered to enable a scheduled raid of suspected double-agents. The clock is ticking. 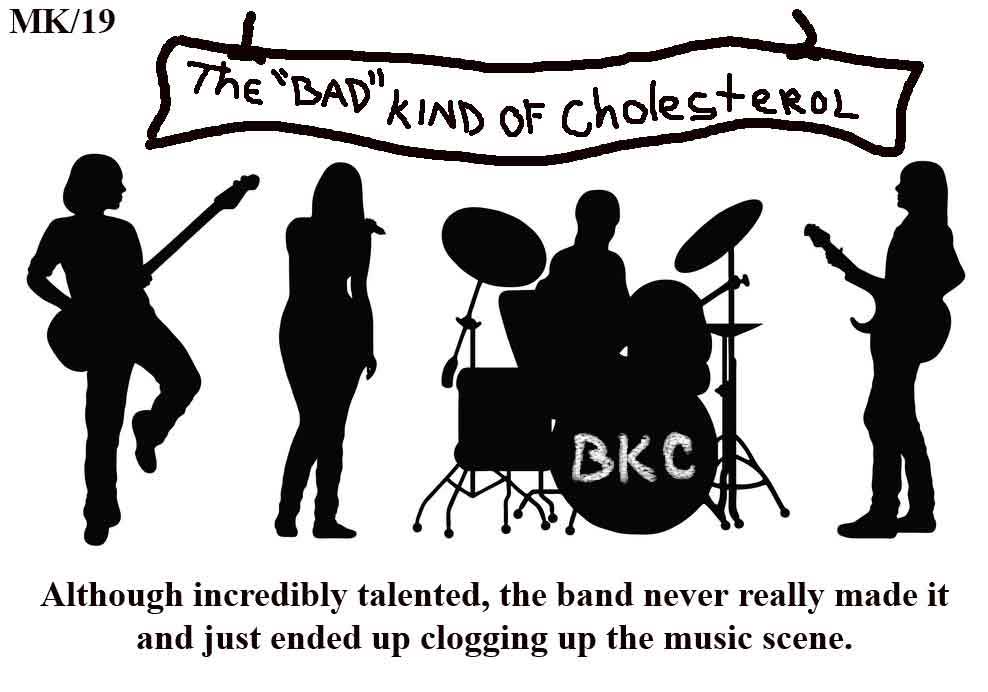 About
About the site
This site is about eclectic and interesting content, original and found. Click "Lists" for organized information. Click "Games" for original interactive content. Click "Cool Links" for interesting found content. Click "Videos" for original, edited videos with original and found footage. Click "Merch" for products to buy (Thank you very much !) Click on the cartoon for a daily chuckle (?). The vertex of the triangle will send you who-knows-where. Check the side panels for new content. Thank you for your curiosity and your passions in this crazy ol' fascinating world. 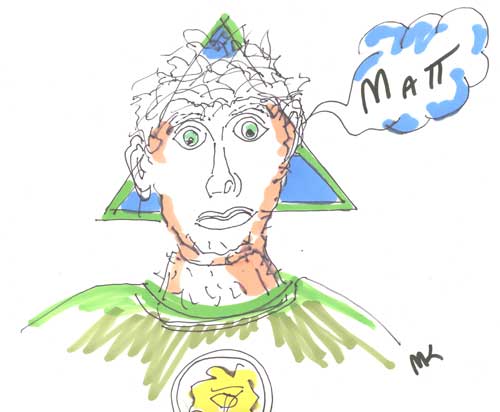 About Matt Kirby
I got my degree from UCSD and worked as an engineer. I invented Apples to Apples and things changed. I like: Invention, Trilobites, Games, Laughing, Baseball, History, Art, Physics, Math, Movies, Music, Astronomy, Documentaries, Cartoons, Surreal Things, and of course, Entropy! This “Old Tyme“ site is an evolving organism, I hope it can create a wormhole into your bookmark page! 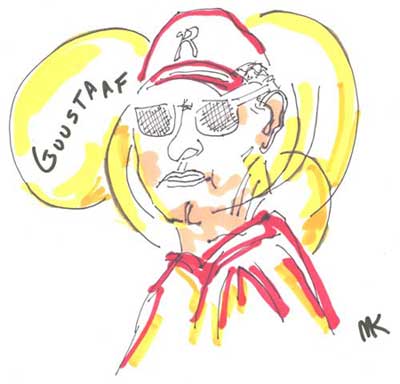 About Guustaaf Damave
I am a web developer and got swept up in Matt's grand project of catalogueing human history and civilization in a website and 100 cartoons. 😀 Seriously, check out the 21st century grid, the new experimental games and the link machine, and let us know what you think! contact@entropynation.com

Entropy is a most mysterious and enigmatic concept. Entropy has been growing in pubic parlance recently, becoming more commonplace all the time. There are now Allstate Insurance commercials that feature a character called “Mayhem” who causes havoc to spread wherever he goes: https://www.youtube.com/watch?v=pLoHQtkj8pI In today’s 24-hour-newscycle world where disasters and suffering are available at the touch of a mouse-button, entropy seems to entered our collective unconsciousness. But the concept of Entropy seems to transcend.

Basically entropy relates to disorder, to chaos and randomness. Entropy also relates to the so-called “arrow of time”, the idea that time only flows forward, from past to present to future, that time never goes backwards. Time never goes backwards even though theoretically there is no reason for backwards time ( - t) in equations of reality. Why ? This is one of the great unanswered questions in physics today and has profound implications.

The thermodynamic definition of entropy concerns how a “system” of molecules is ordered. This “statistical” definition is : S = kb ln Ω Where S is the total entropy of a system, Ω is the number of states that the molecules can arrange themselves into, ln is the natural logarithm *, kb is the Boltzman constant, named for Ludwig Boltzmann- a brilliant Austrian physicist who has this famous equation written on his tombstone. The definition of the amount of total change of entropy to a defined thermodynamic system is defined in the Second Law of Thermodynamics ** :

Note that, in this universe, the sign for dS will always be positive (+). dS is the total change in entropy of a closed system, δQ is the amount of heat added (or subtracted), and T is the temperature of the system. This definition speaks to the fact that not all energy in a system is available for work, that there is no perfectly efficient system. Any closed system will undergo a net INCREASE in entropy, like an auto engine where some of the internal energy of the system results in the unwanted heating of the air instead of all the energy converting to spin the wheels. Two more examples of increasing entropy (1-thermodynamic) : A box with heated gas is dived by a panel separating gas from the other side, the panel is removed, eventually all the heated gas will diffuse evenly throughout the box, the entropy of this system will of increased. (2 – statistical) A playing-card-tower is knocked down, going from a state of higher order to lower order, hence an increase in entropy.

Here is a general explanation:
https://www.youtube.com/watch?v=uQSoaiubuA0

** The Three Laws of Thermodynamics:
https://en.wikipedia.org/wiki/Laws_of_thermodynamics

** The so-called three laws of thermodynamics, there are actually four :

Third: The entropy of a perfect crystal of any pure substance approaches zero as the temperature approaches absolute zero.

New Products Are Under Development 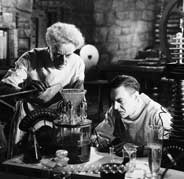 Please be patient while we work on revolutionairy new products. Lab assistants Dirk and Frederic assure us that a breakthrough is just around the corner.

No Stone Is Left Unturned 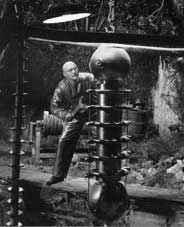 Igor's stated life goal is to have an affordable time travel machine standard in every middle income new construction home. What will be your favorite decade to spend a weekend with the whole family? 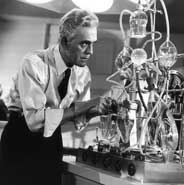 Dorian will not tell us what he is working on but assures us the result will be worth it.